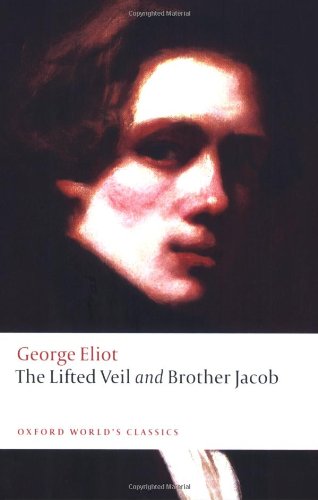 Product Description
First published in Blackwood’s Magazine in 1859, “The Lifted Veil” is now one of George Eliot’s most widely read and critically discussed short stories. A dark fantasy drawing on contemporary scientific interest in the physiology of the brain, mesmerism, phrenology, and experiments in revification, it is Eliot’s anatomy of her own moral philosophy. Narrated by an egocentric, morbid young clairvoyant man, the story also explores fiction’s ability to offer insight into the self, as well as being a remarkable portrait of an artist whose visionary powers merely blight his life.
Published as a companion piece to “The Lifted Veil,” “Brother Jacob” is by contrast Eliot’s literary homage to Thackeray, a satirical modern fable that draws telling parallels between eating and reading. With an illuminating introduction by Helen Small, this Oxford World’s Classics edition makes newly available two fascinating short stories which fully deserve to be read alongside Eliot’s novels.

About the Series: For over 100 years Oxford World’s Classics has made available the broadest spectrum of literature from around the globe. Each affordable volume reflects Oxford’s commitment to scholarship, providing the most accurate text plus a wealth of other valuable features, including expert introductions by leading authorities, voluminous notes to clarify the text, up-to-date bibliographies for further study, and much more.