Within the Temple of Isis 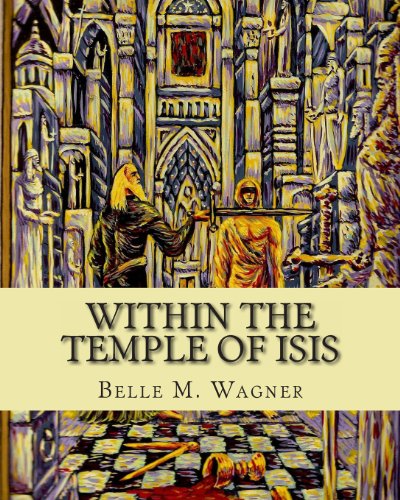 Product Description
We are safe in saying that “Within The Temple of Isis” is unique and stands alone. There is no other book in print like it, and if Solomon of old had not said, “There is nothing new under the sun,” we would be inclined to contradict him. “Within the Temple of Isis” God’s word was law as interpreted by his Hierophants; their oneness with the fountain of Being made them conscious of Nature’s secret operations, and enabled them, as it does the wise ones of to-day, to enter the Temple of Isis and observe the hidden mysteries concealed behind the veil. Purity of motive and sincerity of purpose brought its own reward to them of old as it does to those of to-day who purify themselves before seeking for the knowledge and wisdom hidden within the “Holy of Holies”—”The Temple of Isis.” Isis means Mother of all, while Osiris means Father of all. The Temple of Two Truths as matter and spirit must be realized within. The Polar Opposites are those of sex dually expressed as two poles of one law or principle as taught by Hermetic Philosophy before the law of polarization of spirit into matter, and matter back into spirit, can be understood. The Alchemist and the Astrologer, alike, possess this wisdom, and it was this knowledge that made the Priests Kings of Egypt, so justly famous as Magicians or Wise Men. They still exist in spirit realms and can transmit to this plane of earth their wisdom, that would make earth a veritable paradise if only the race could be made to realize its magical powers.