Witch Hunts: A Graphic History of the Burning Times 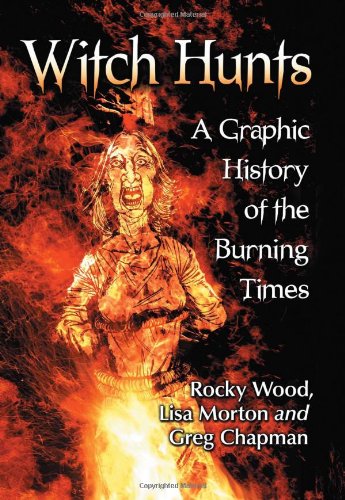 Product Description
For three centuries, as the Black Death rampaged through Europe and the Reformation tore the Church apart, tens of thousands were arrested as witches and subjected to torture and execution, including being burned alive. This graphic novel examines the background; the witch hunters’ methods; who profited; the brave few who protested; and how the Enlightenment gradually replaced fear and superstition with reason and science. Famed witch hunters Heinrich Kramer, architect of the infamous Malleus Maleficarum, and Matthew Hopkins, England’s notorious “Witchfinder General,” are covered as are the Salem Witch Trials and the last executions in Europe.

WITCH HUNTS RECEIVED THE BRAM STOKER AWARD® FOR SUPERIOR ACHIEVEMENT IN A GRAPHIC NOVEL AT THE WORLD HORROR CONVENTION IN NEW ORLEANS ON JUNE 15, 2013.