The Ghost: A Modern Fantasy From the Master of the Morbid Imagination 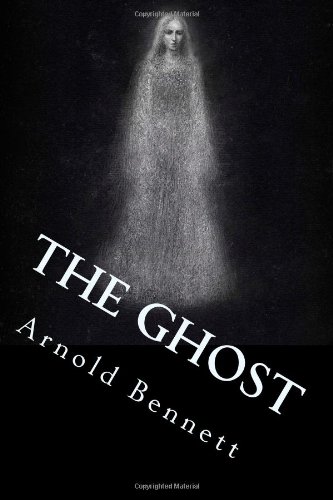 Product Description
When Carl Foster, a young doctor, sees beautiful Rosetta Rosa at a London opera he is instantly captivated — and almost as rapidly finds himself plagued by mysterious occurrences. When another of Rosa’s paramours un-expectedly dies, Carl begins to wonder if her glamour carries a deadly curse. First published in 1907, “The Ghost” was the first of the many ‘fantasias on modern times’ written by Arnold Bennett. These illustrated his ability to produce not only realistic novels, perfected in his portrayals of provincial English life set in the Staffordshire scenery of his childhood, but also more ‘sensational’ stories, written after his move to London where he developed a far more cosmopolitan interest. A supernatural story, “The Ghost” tells the tale of a beautiful opera star, Rosetta Rosa, whose beauty seems to cast a spell upon all those who meet her. When Carl Foster, a young doctor, sees Rosa at a London opera, and is instantly captivated, he soon finds himself plagued by mysterious happenings, and begins to see a malignant, spectral figure everywhere he turns. When another man enraptured by Rosa mysteriously dies, Carl begins to wonder whether loving her could bring with it a deadly curse …Moving between London and Paris, this fast-paced story draws the reader into a ghostly world of twists, turns, drama and suspense.