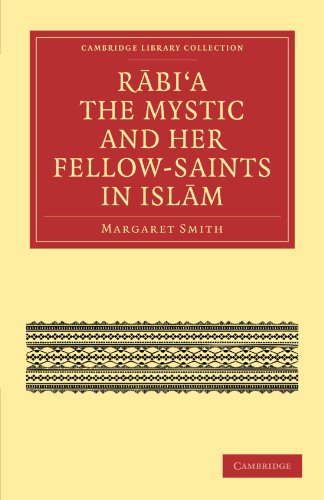 Product Description
Rabi’a, a female Sufi saint, was born in 717 CE and released from slavery to lead a life in pursuit of purity and perfect union with God. Her teachings and the numerous miracles attributed to her have made her an influential and revered figure in Sufi theology. This authoritative 1928 biography of the saint was written by Margaret Smith, who mastered numerous eastern languages, travelled extensively, and published a number of translations of important Arabic texts. Smith’s linguistic skill and her immersion in the culture she studied has produced a book still considered an important account of Rabi’a’s life. Smith also includes an incisive discussion of the role of women in early Islamic mysticism and an examination of Sufi doctrine, and examines the issues of celibacy and sainthood in Islam. A biography of one exceptional woman written by another.